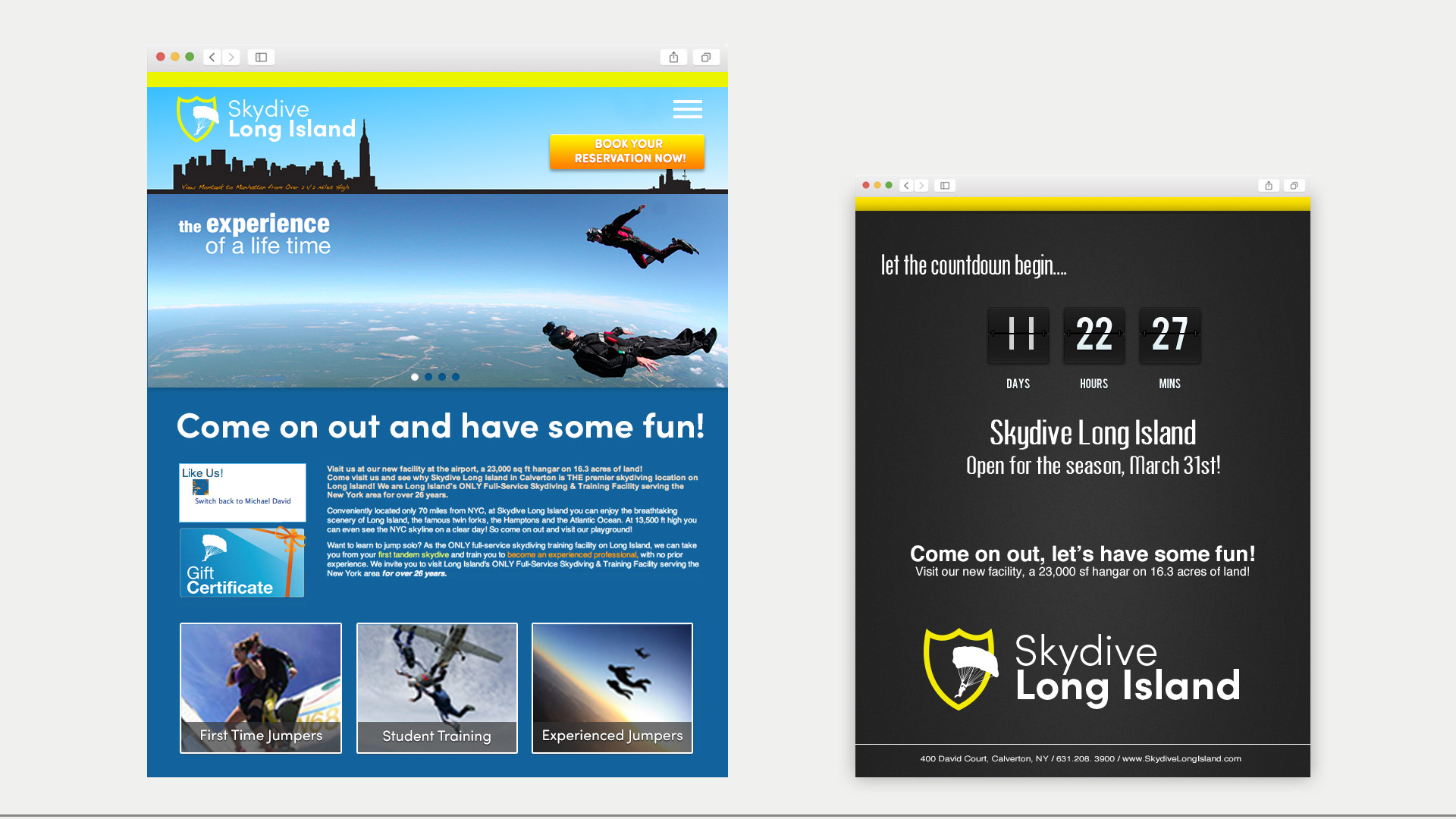 MARKETING COLLATERAL
In addition to working with the companies website and email blasts I was tasked with creating the marketing materials for both internal and external use. This ranged from the signage, magazine ads, clothing, cd and dvd covers (that's how long ago this was), sales merchandise and promotional partnership ads. One such partnership was with Dos Equis, and involved organizing a jump and photoshoot with a stand in model whose face I could later replace with that of their "most interesting man in the world". 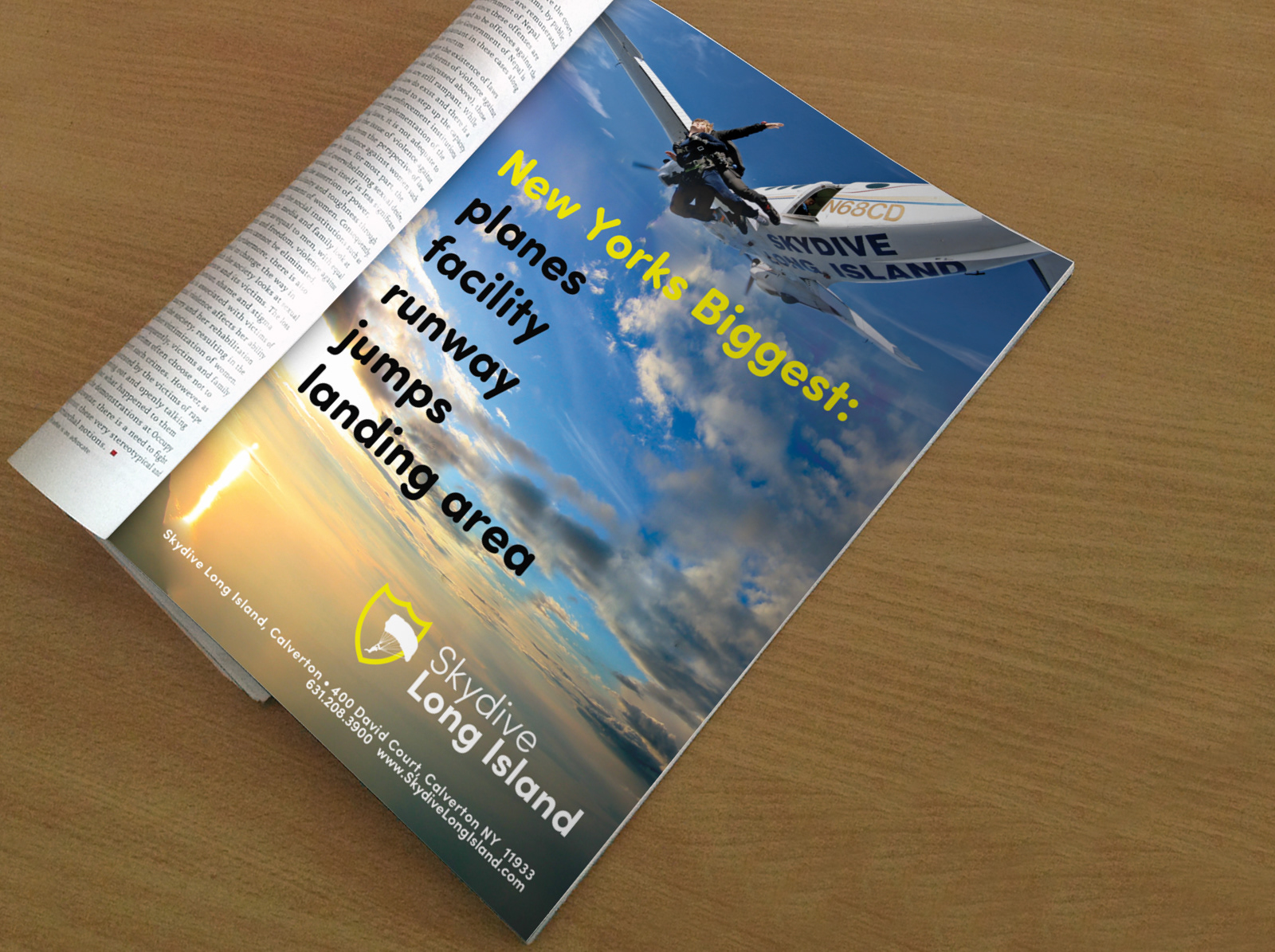 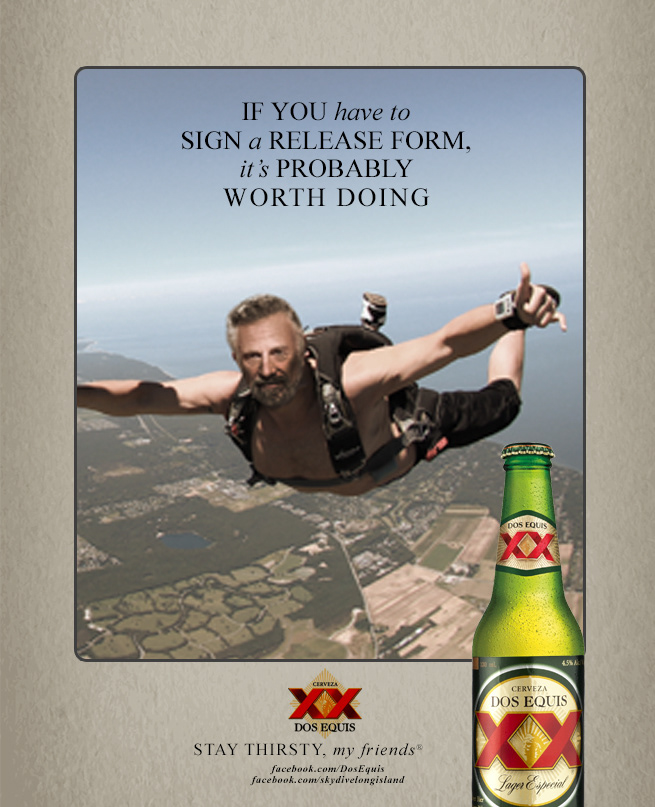 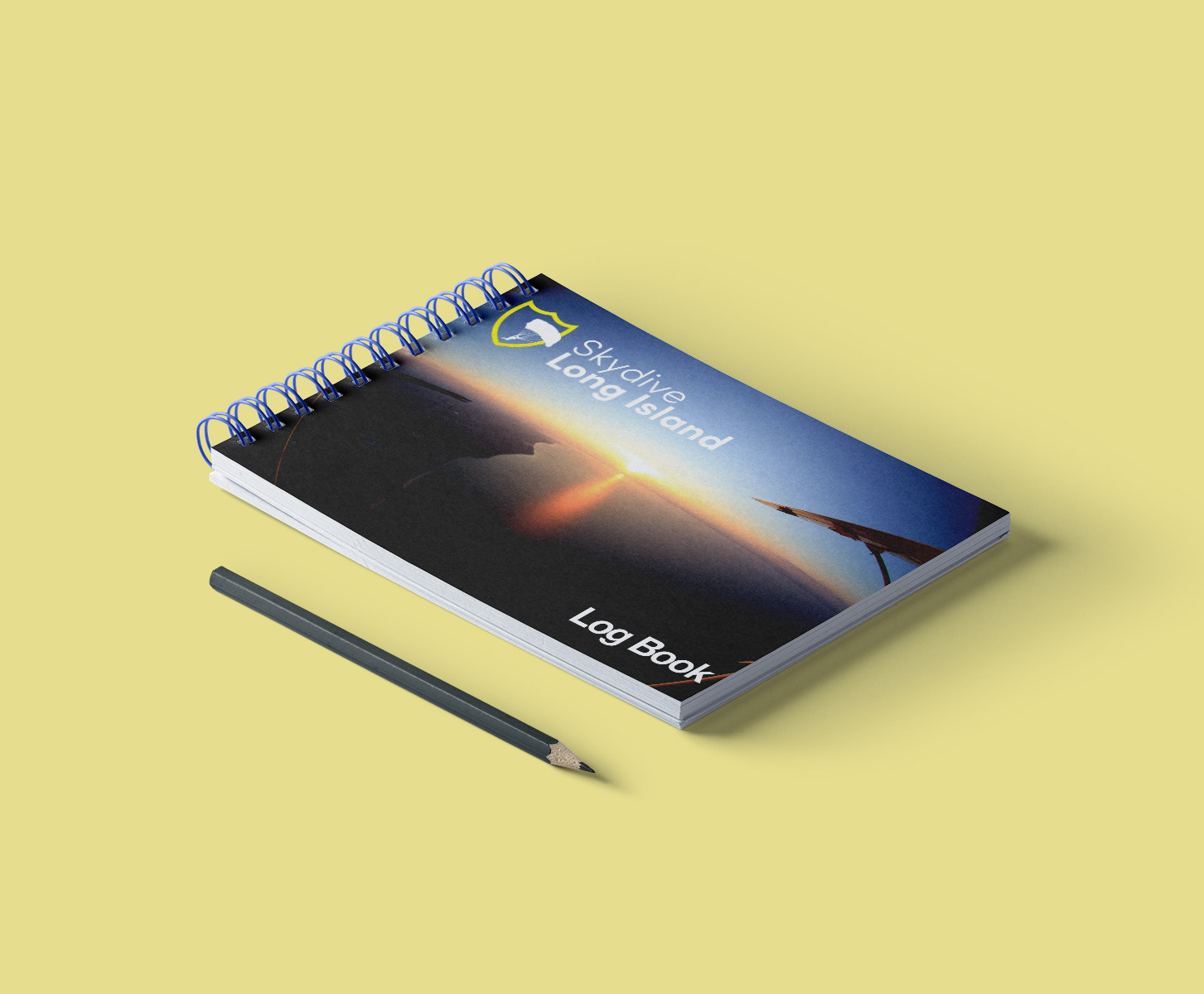 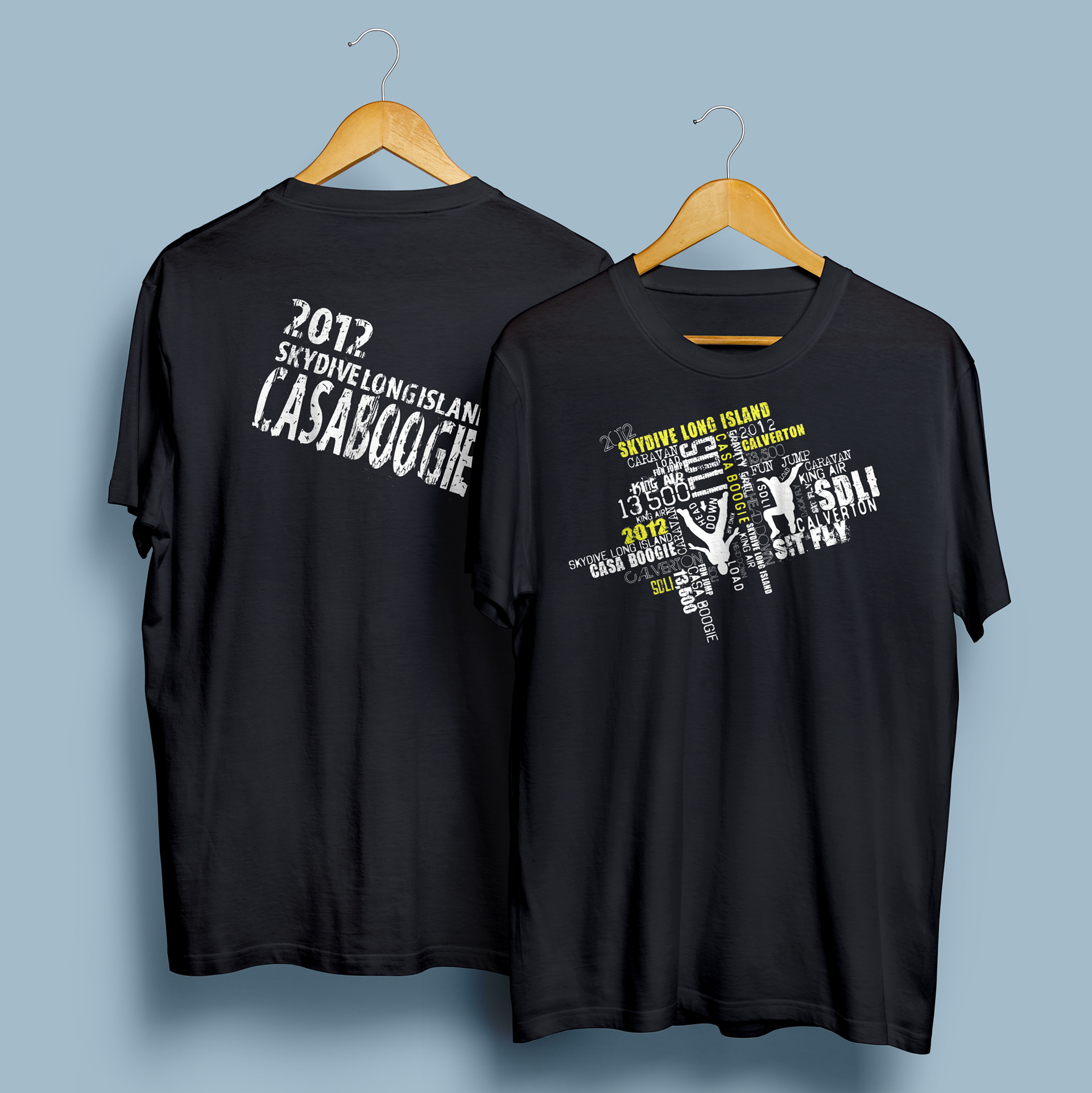 GROUND PHOTOGRAPHY
After joining Sky Dive Long Island I began to notice a limitation of the business model. Customers would pay for a skydive (a few hundred dollars) and then be asked if they would like to purchase a video package as well (for another few hundred dollars). Approximately fifty percent of first-time jumpers purchase the video. Those that did not while usually financially motivated in their decision, often regretted it. The limitation was such that once a customer decided to not purchase the video package there was no going back. This was a lost opportunity for both company and customer.
After some thought I remedied this problem by implementing a team of well trained "Ground Photographers". These were talented photographers, many of whom had a background in sports photography, working in teams in the landing areas. With a combination of training, skill and some scurrying I, along with these photographers would position ourselves in front of and under the jumpers and capture images of these customers the air, landing, and embracing friends and loved ones as they reunited with the earth once more. We would then greet them, and offer to show and sell prints, disks, and social media packages if the customers would like to memorialize that jump.
This provided a great opportunity for customers to have an alternate option if the video was too costly, or if they regretted not purchasing video in the first place. We did not advertise this widely as to not cannibalize sales of video. After watching the numbers closely we saw no change in our sales of video, but this photo department grossed the company an additional $95,000 in sales within the first 4 months of its implementation. 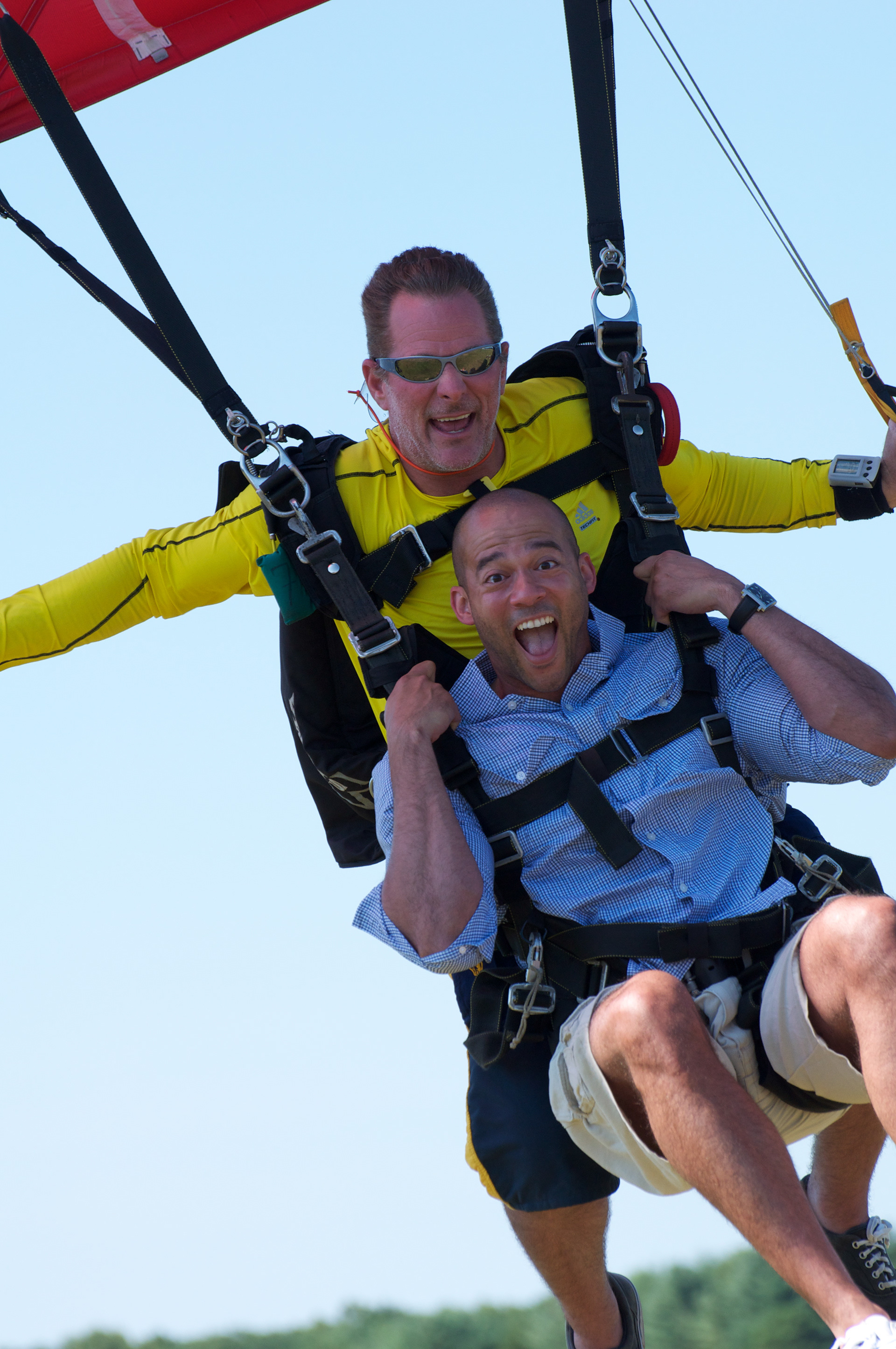 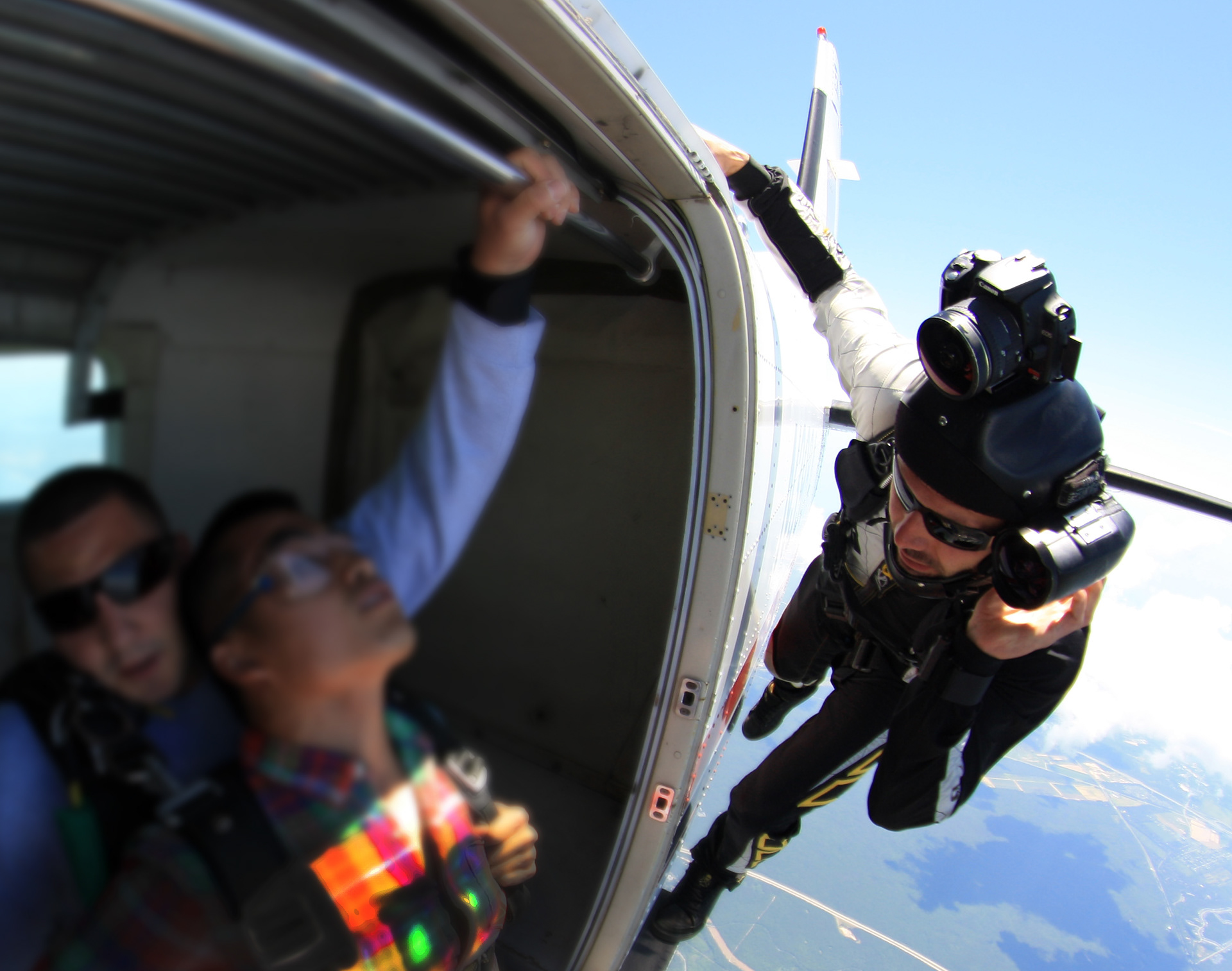 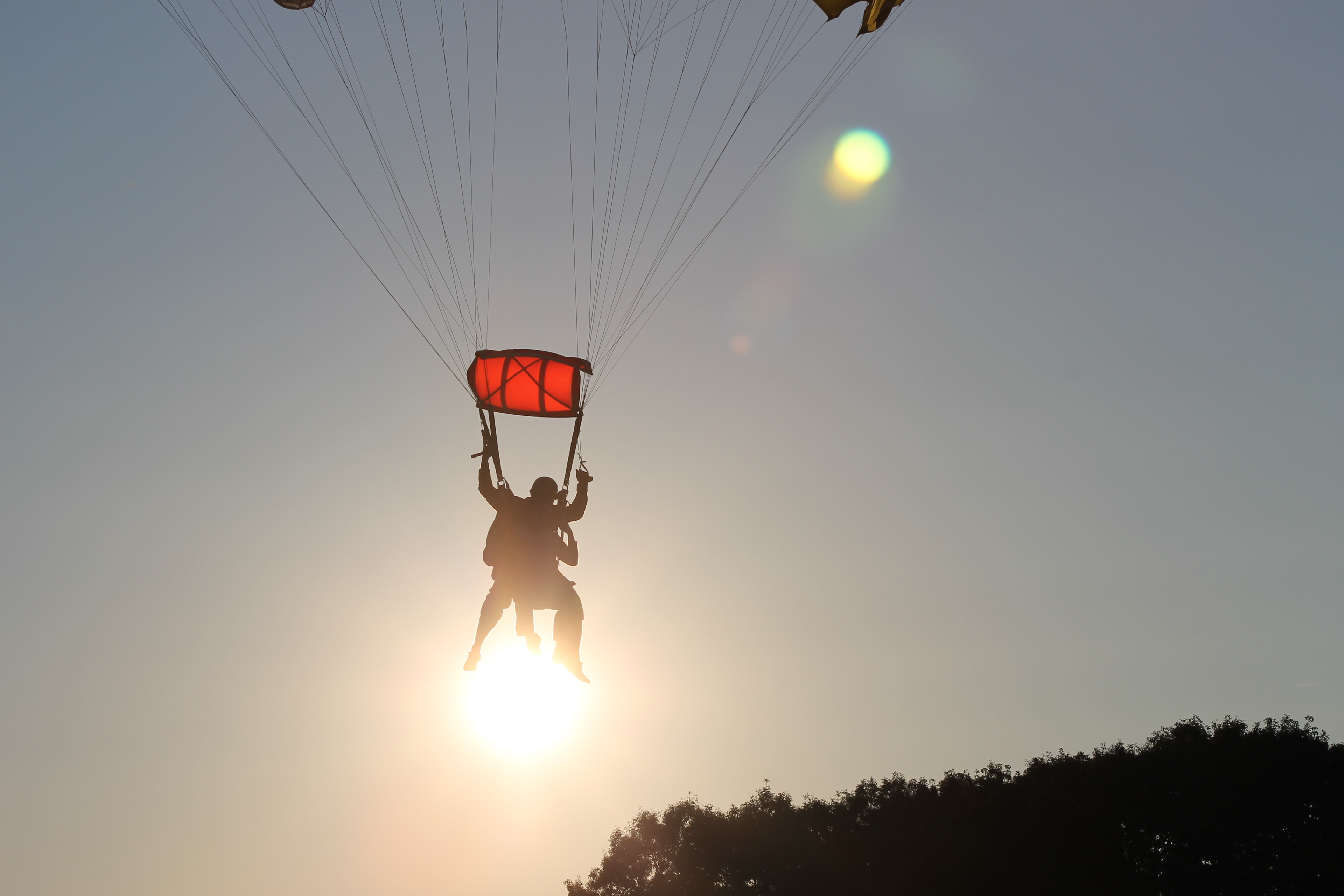 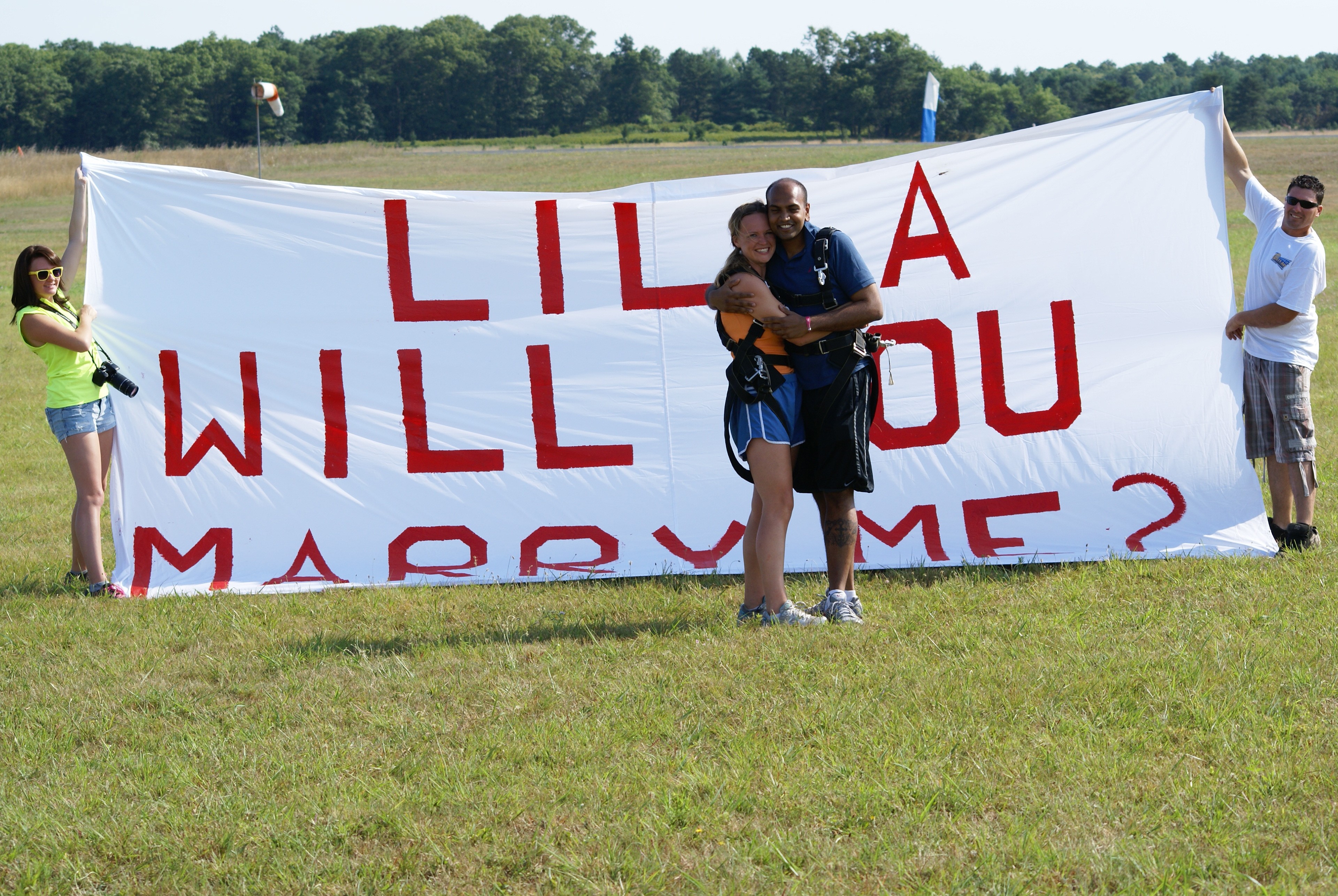 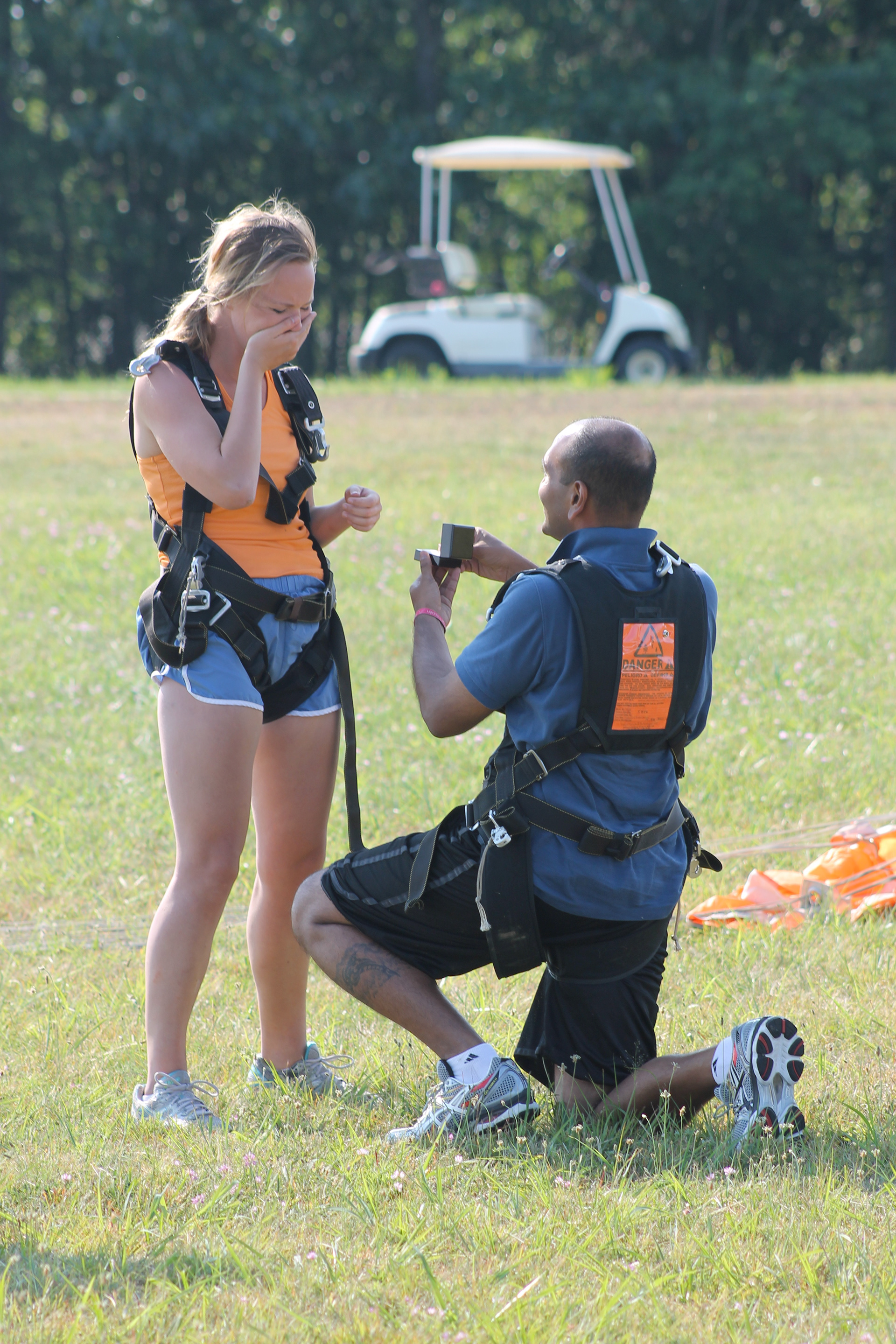 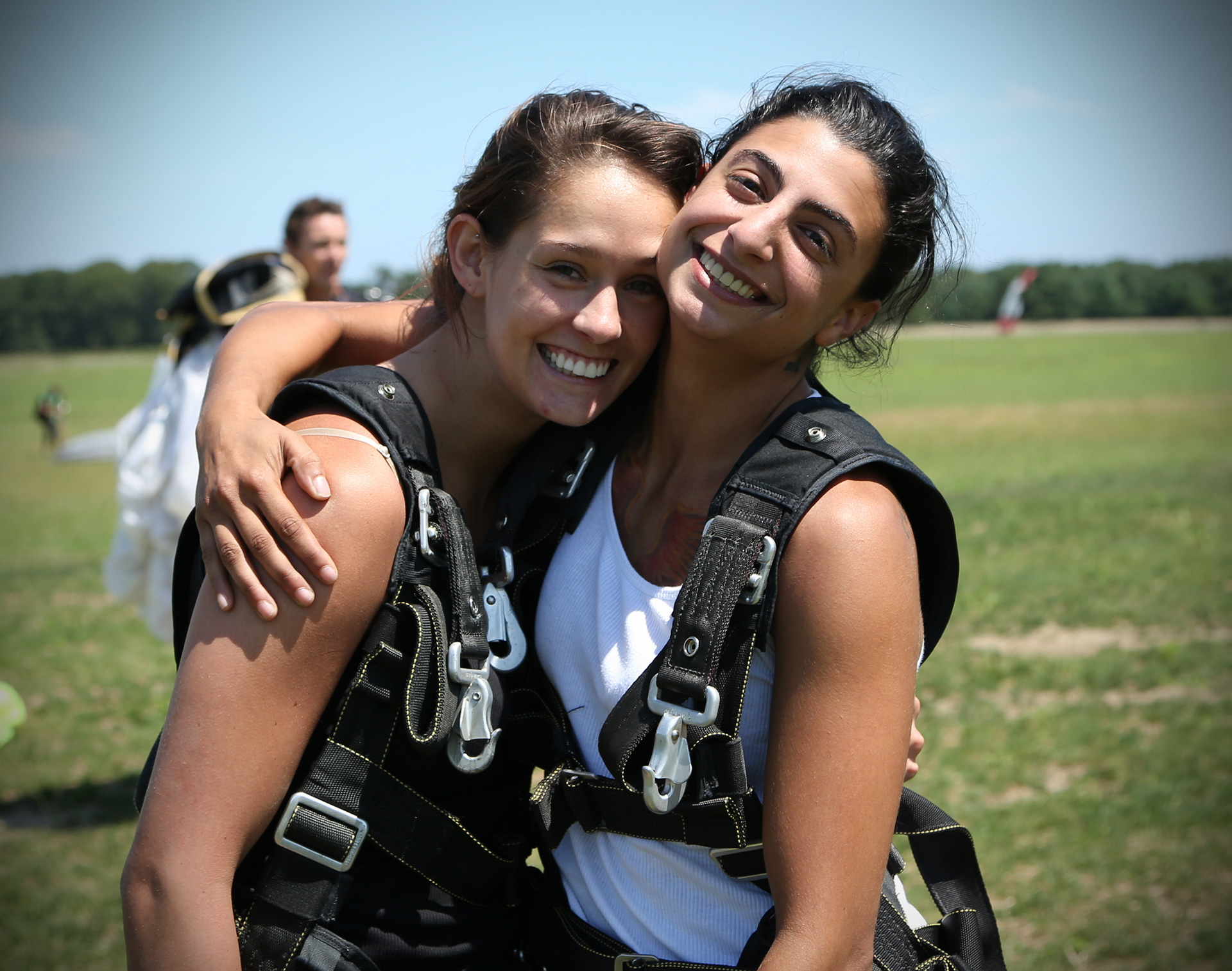 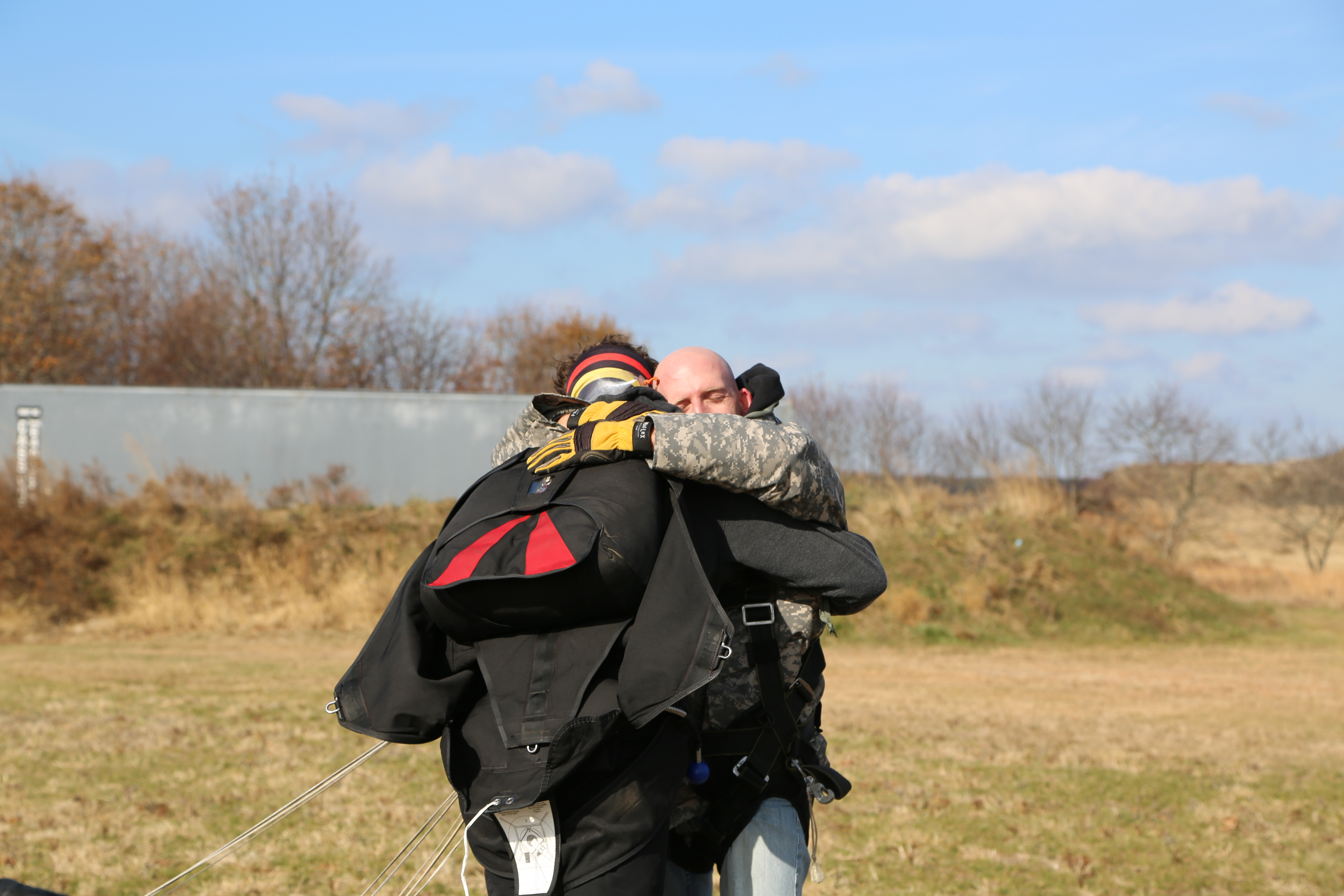 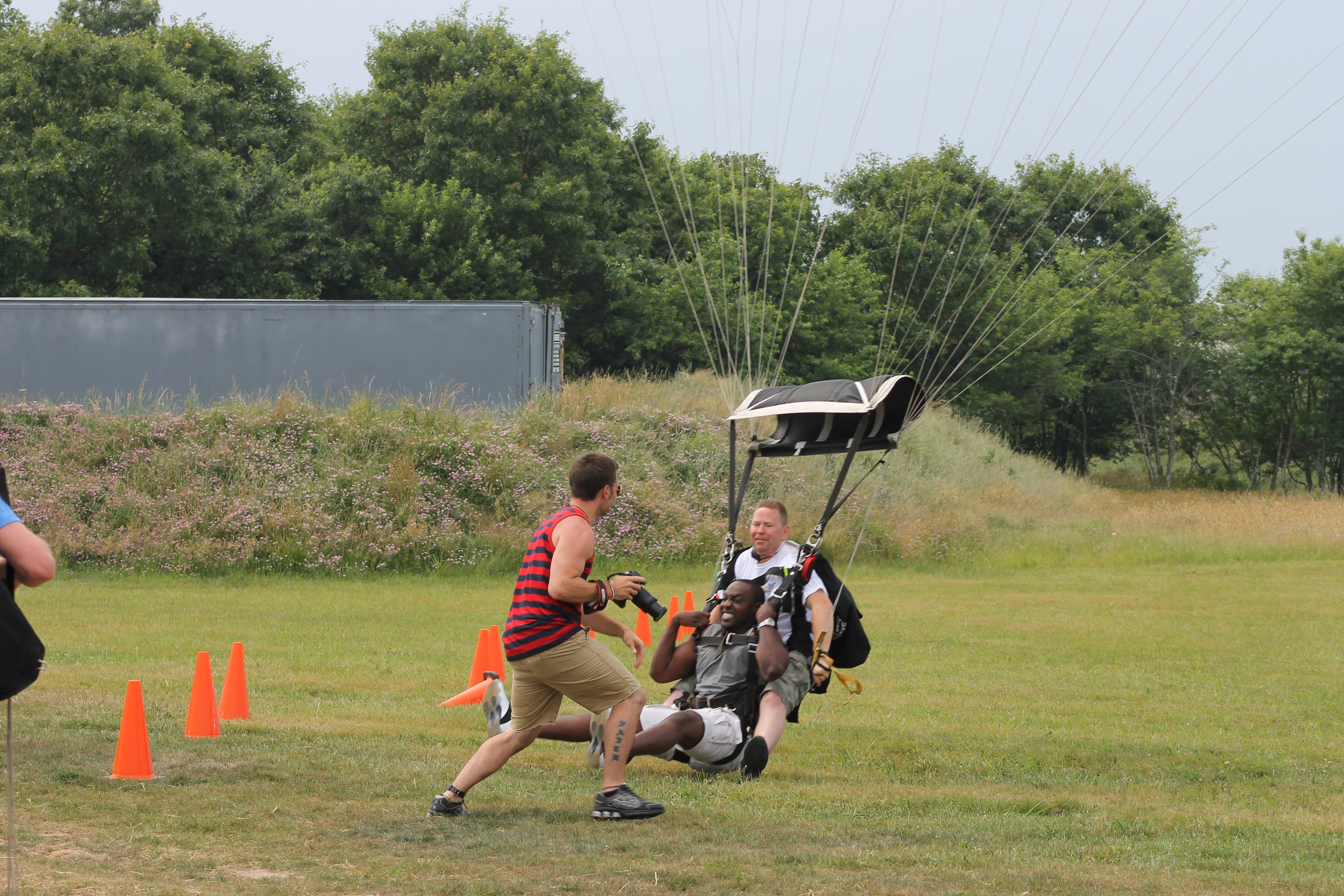 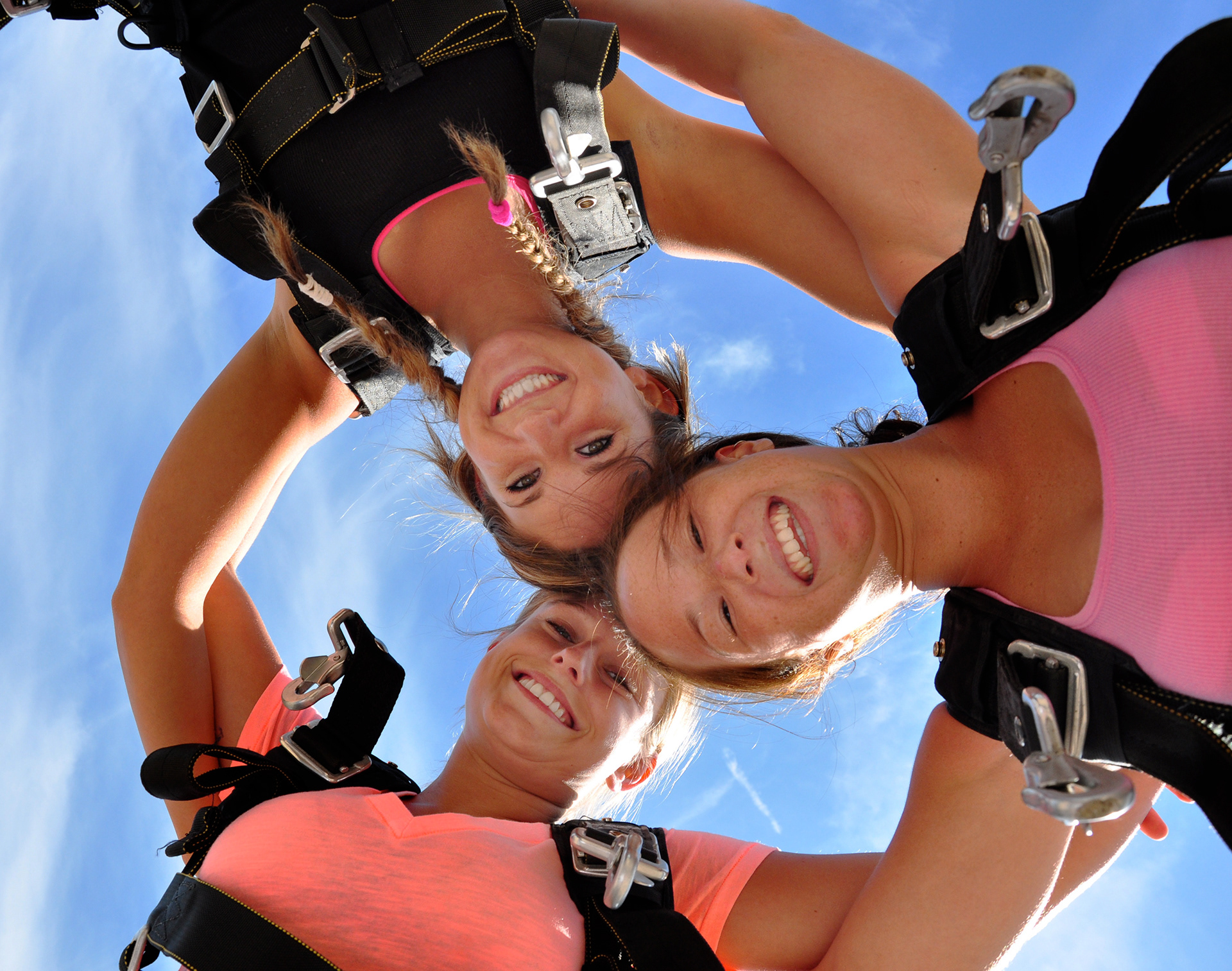 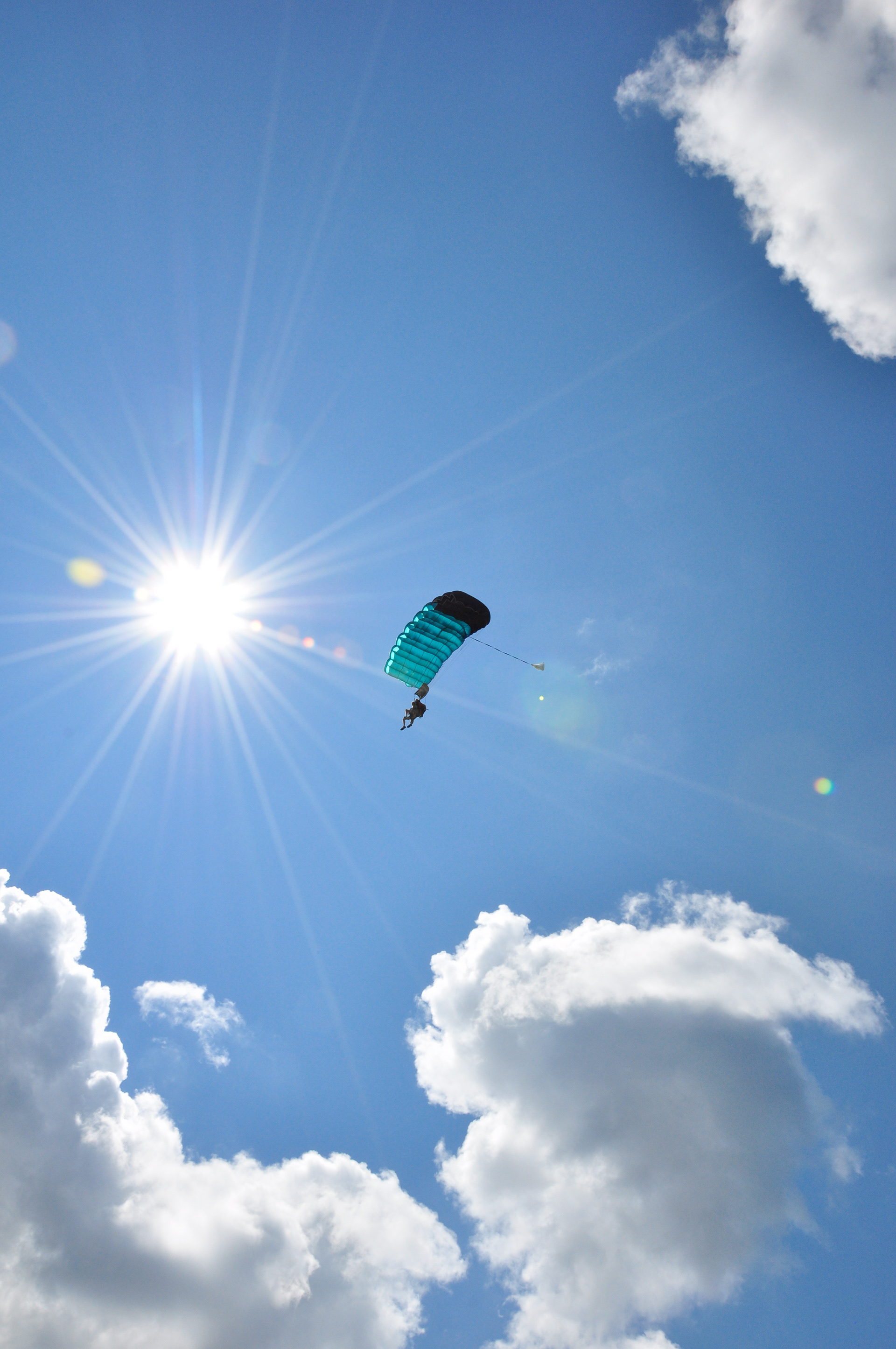 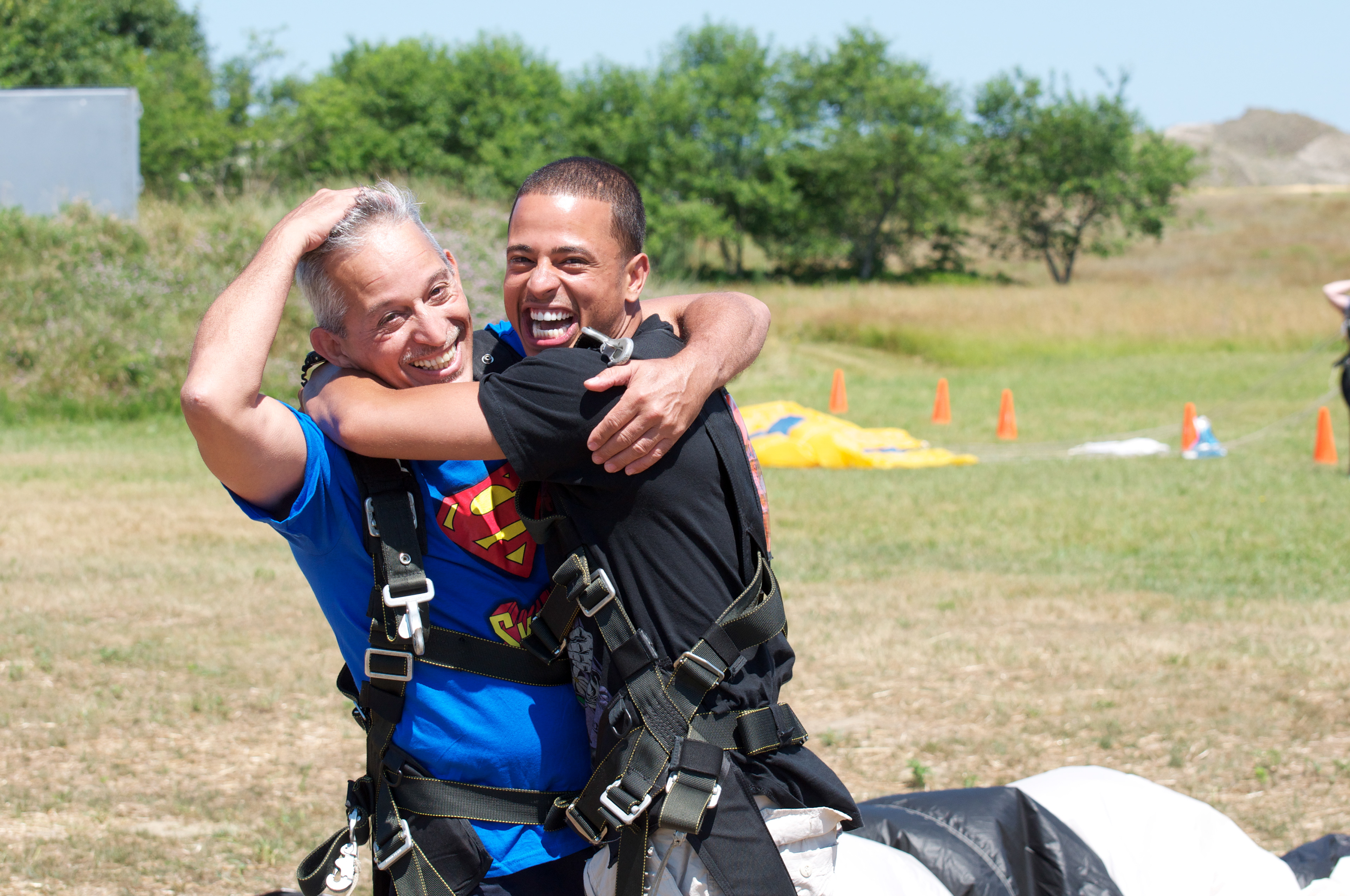 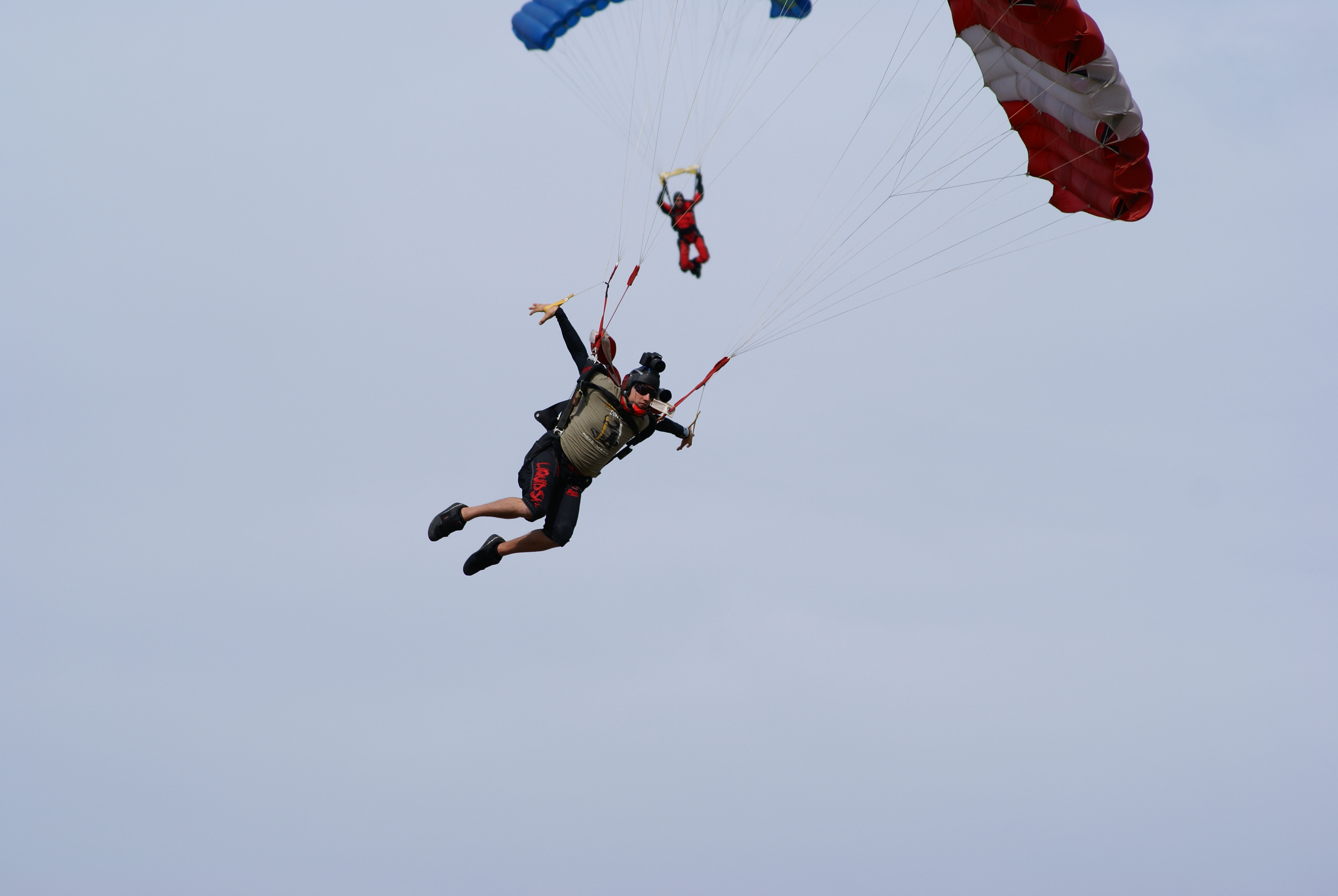 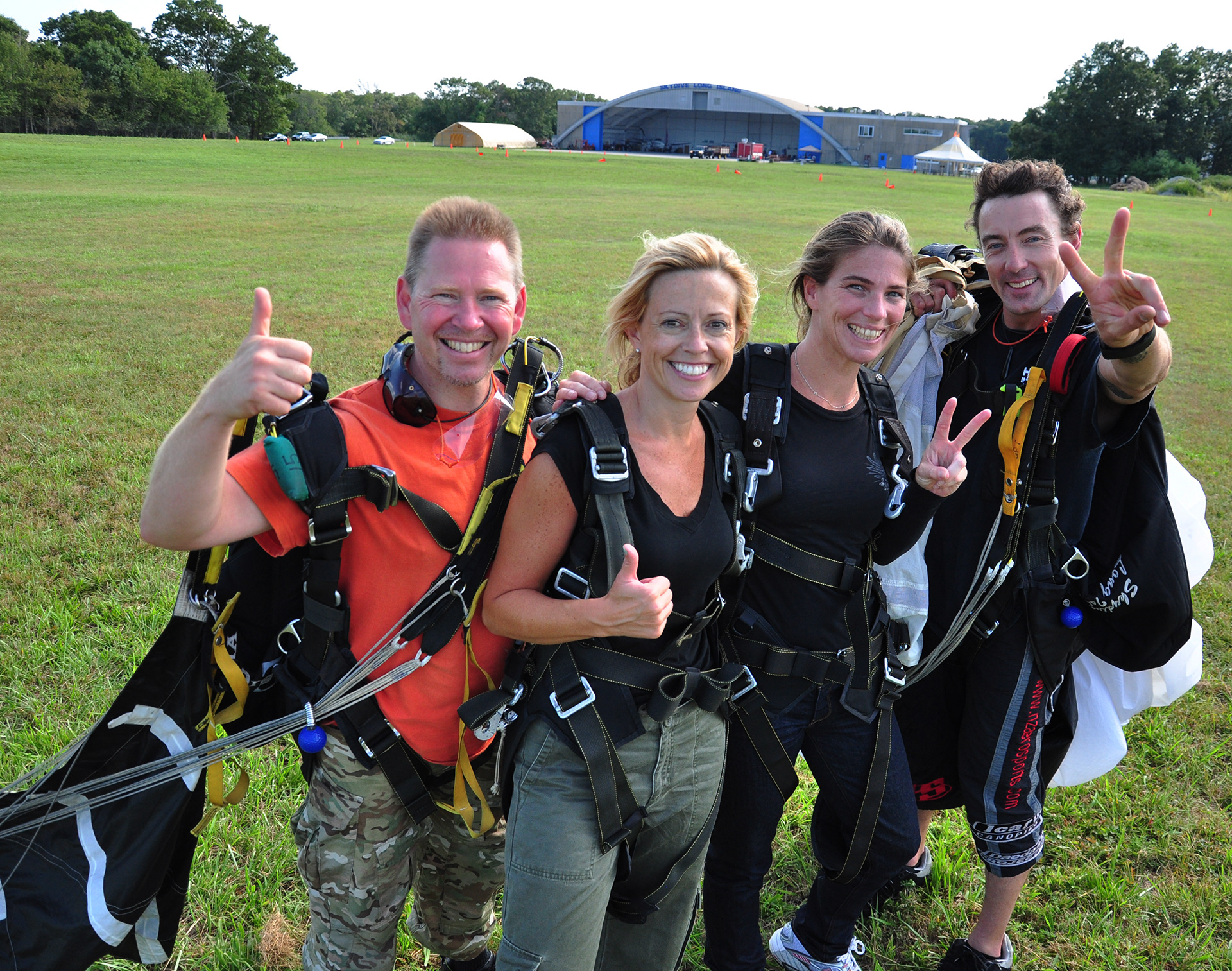 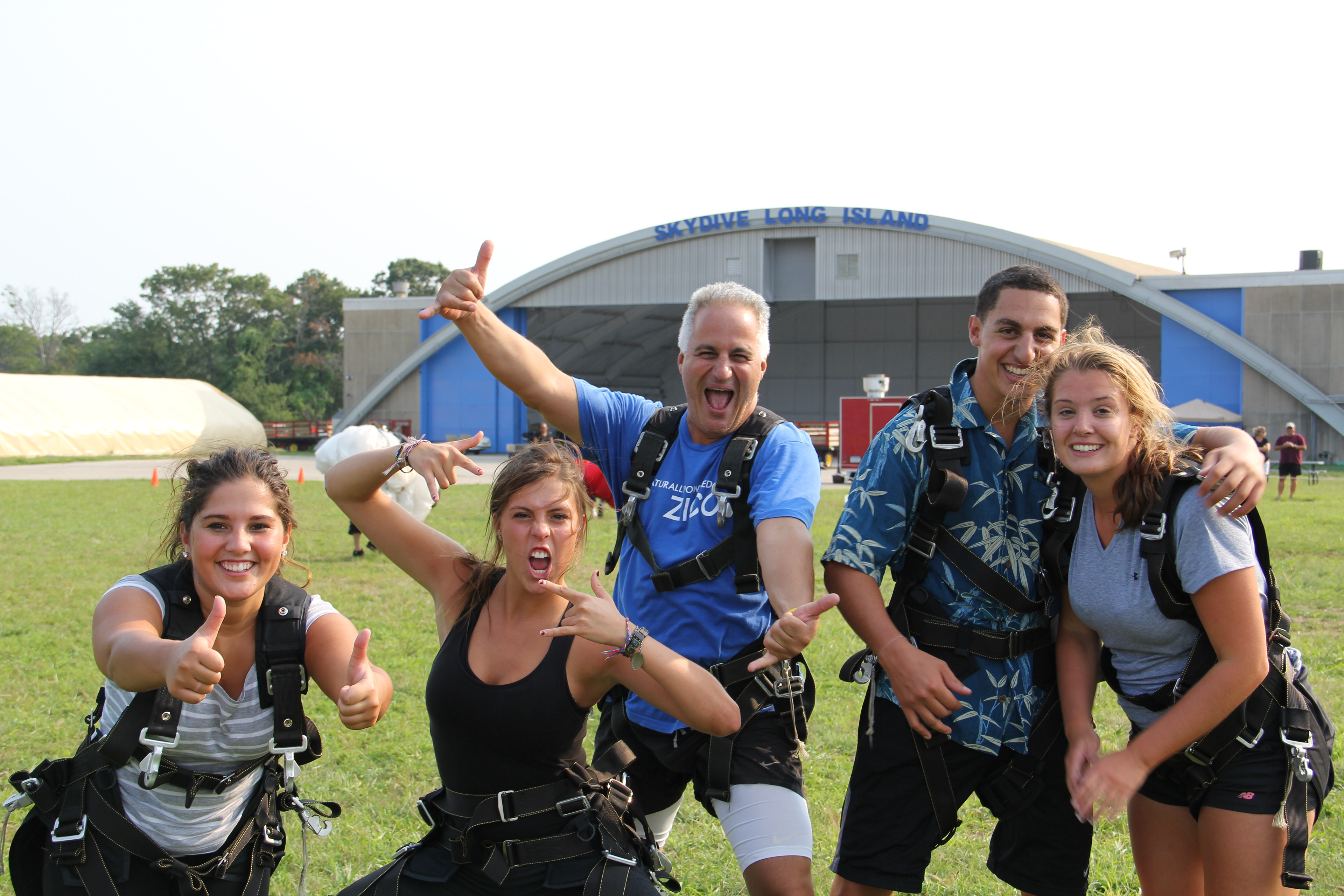 VIDEO EDITING
The third major component of my time at Sky Dive Long Island revolved around the video department. In most Skydive facilities (referred to as Drop Zones or DZ's) the videographers jump with the customer, and record the free fall, opening and landing. The videographer is then tasked with editing these clips together into a single cohesive movie, providing titles and music and then burning the final product to disk or drive. I separated these into two distinct positions. This was a benefit to the videographers as they get paid by the jump and could now complete more jumps in a single day. The company also benefitted as they now had dedicated editors who became the keeps and archivers of all footage. This team worked directly under me, and along side the Ground Photographers. I was then able to work with the teams to create more effective marketing and promotional pieces than the DZ had ever been capable of before.
EXPERIMENTS WITH MOTION
These are two files using a technique I was experimenting with in After Effects. At the time we were not able to capture video that was clean enough to use for high quality, extreme slow motion. In place of video I used still photos, separated the image into layers and animated their location in After Effects to create the illusion of depth and time.

Insert copy here, which should vary depending on your region. Accept